Dear reader: It would be good if you would listen to this recording while you are reading this. Twice, if necessary. You’ll see why.

Real movie stars are English-speaking white people, except for a few English-speaking black persons and never ever an English-speaking Asian person. (A Japanese-speaking Japanese person: Are you kidding?) So is that what you call your cultural appropriation? It’s a somewhat amorphous category, but I’m going to say yes.

Now suppose you have a white painter doing a work based on the death of Emmett Till? That happened at the Whitney Museum in New York. The painter is a woman, which means she has her own victimization issues. Can you play the woman card there? I dunno. Is the black card worth more points than the woman card?  Whatever, the painting generated protests and angry essays and threats of boycott and several symposia (because that’s the way museums roll).

Some protesters pointed out that Till got in trouble when a white woman lied about him, and therefore…candidly, I did not follow that argument, unless all white women are somehow diminished by the lies of one white woman. That way lies madness. 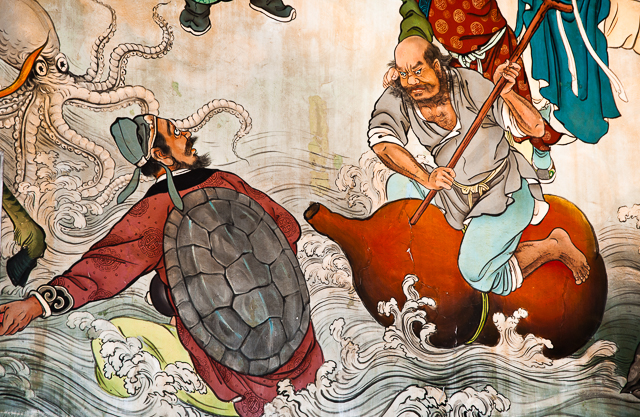 I’m not sure what the political situation was here, but it doesn’t look good.

The painter, Dana Schutz, is not a racist person, nor did she create a racist work  of art. You would not know it was created by a white person unless someone told you. Some protestors reacted badly on Twitter (“Burn This Shit Bitch”) while others adopted a more contemplative tone. A black woman  artist named Kara Walker posted on Instagram a short essay which included this: “Art often lasts longer than the controversies that greet it. I say this as a shout to every artist and artwork that gives rise to vocal outrage. Perhaps it too gives rise to deeper inquiries and better art.”

Of course, there are no definitive answers to these questions. There are no administration edicts defining the correct attitude for every questionable situation. In matters of cultural appropriation, it’s every human for herself.

As I understand the argument (always a cowardly way to begin a sentence), white Northern Europeans dominated the rest of the world after the 16th Century economically, politically and culturally. The invaders took what they wanted, sometimes literally (Elgin marbles) and sometimes less concretely. They took music and woodcarving and folktales and even vocabulary.  This is the crime that people who promote the idea of evil appropriation are referring to. It’s a real crime. And the question that hangs over every crime: What next?

You might say that New World slavery is the boldest act of appropriation ever.  Many African cultures uprooted and set to do the roughest of jobs, without pay, without freedom, without even a guarantee of family life.  And the music came with the Africans. And as the northern Europeans were listening and taking notes, the Africans were also listening. And those dual acts of appropriation created gospel, jazz, blues, rock and hip hop.

How can that be a bad thing? I understand it came from a bad thing, but what should be done now? The genie is not going back in the bottle, and hooray.

Put black jazz musicians together with the great mostly Jewish-American songwriters of the early 20th Century, and you get unimaginable genius. Were you to tell me that there was a movement on to ban Miles Davis doing “Bye Bye Blackbird” by white guy songwriters Ray Henderson and Mort Dixon, I would say that such a movement would be misguided.

And what about “Hamilton,” eh? A Puerto Rican guy celebrating the founding fathers, many of whom own slaves. But that seems fine, right? It sure does to me. But then, I’m very much of the opinion that it all seems fine.

I am also in favor of white rappers. Dr. Dre listened to the Slim Shady  EP and, after being told he was white, said “I don’t give a fuck if you’re purple; if you can kick it, I’m working with you.” Dr Dre, meet Kara Walker.

I think people of many ethnicities can agree that Picasso could kick it. He appropriated African masks and used them or the ideas they suggested in both paintings and sculptures.  Of course that’s problematic. On the other hand, the world is immensely richer because of it.  So…what? 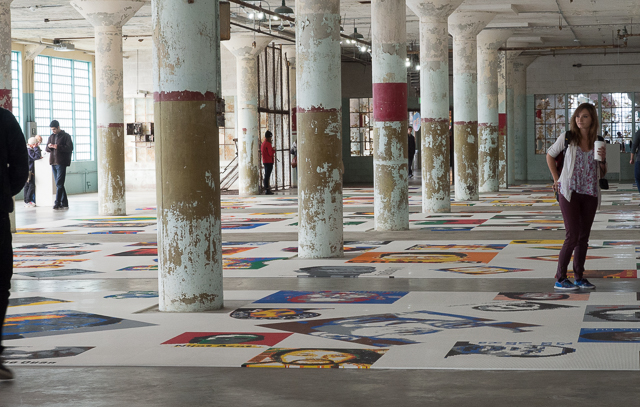 Here’s what I think.  We’re moving from a mono-cultural society to a multi-cultural one. And all the other multi-‘s you can think of: racial, ethnic, gender. Many adjustments are required; many conversations must be had. The pendulum wiggles back and forth. At the moment, there’s a Trumpish recidivist air in the country, as isolated people threatened by  change take a last stand against the inevitable. They want to appropriate the entire damn country. At the moment they’re getting away with it. I’m against that appropriation, because art will not be created. (Except protest art, which is swell, but it would be better if there were nothing to protest against).

Understandably, the cultural and academic worlds have swung the other way, creating and refining new definitions of “hate speech” and “trigger warnings” and “appropriate”. Everybody is offending everybody, so it’s no wonder things can get a bit testy.

This cacophony makes me proud. In a functioning democracy (I know; let’s pretend), ideas should be battling each other in the public square. Screeds should be written; marches should be held. These are the birth pangs of a new society; let us cherish them.  It’s gonna take a century or more; congratulations for being there at the beginning.

I’m sure of one thing: This is how art works. Appropriation is not only permitted; it is desirable. An artist is supposed to have open ears and open eyes, and to process everything in the environment. All of the data gets closer to what we might call  “the truth,” which is what art aspires to.

And art lasts longer. I have seen lovely pottery that’s 2000 years old. Under what political regime were these made? Were there struggling masses who needed help and somebody was making a damn pot instead? And the designs on that pot; were they inspired by similar and lesser known bowls made in mountainous Montenegro? Who’s to say, although the Montenegrins are still pissed off.

I know that cultural appropriation is a real thing, and I’m glad people are bringing it up. Maybe it would be useful to spend more time on advertisements that reach millions of people, which are often accompanied by music made by black musicians. So do I need to hear the Staple Singers shilling for a Japanese (!) automobile? The Staple Singers, for god’s sakes.  That offends me, and I’m old white guy. 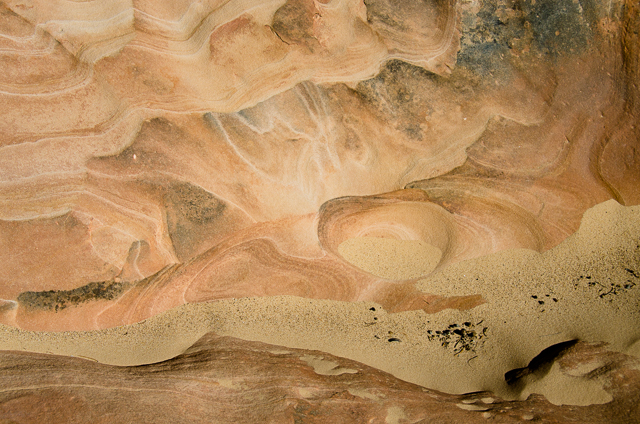 A Hard-hitting protest against inequality? No. Just Utah.