Important note: The photographer is away in Utah, hiking through landscapes, reading worthy novels and eating chocolate. She did not choose the photographs here. Instead, I found them all in the crazy mixed-up files of Tracy J. Johnston. Reprinted without approval. Photos probably need tweaking to bring out maximum whatever. Thank you for your patience. 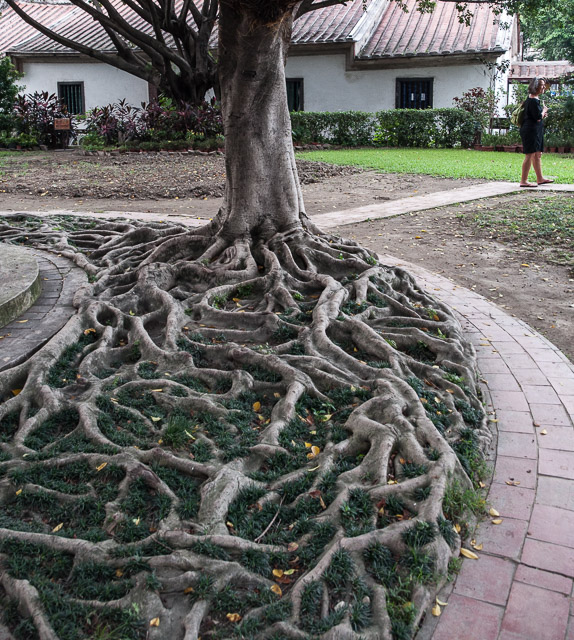 I heard Paul Ryan say something that (I say “heard”, although it very well could be “read”.  I saw/heard/read it on television or radio or Twitter or Facebook or email, in links or soundbites or something. Media is fungible now, so that data might have come from a Facebook link to a news program taped for television that I saw on my phone, or an email link to a photograph found on Instagram posted in response to a tweet — I mean, really, who can remember? I try to curate my data by reliability, but I still get fooled. So, anyway, Paul Ryan — I think I need to start the sentence again).

I heard Paul Ryan say, “we will end the nightmare of Obamacare.” I thought: In what sense is Obamacare a nightmare? Ten million people got healthcare coverage who did not have it before. Ten million! And maybe 24 million will lose health insurance under Ryan + Trump care — Rumpcare. Twenty-four million! And Obamacare is a nightmare because costs are going up? Well, hell, everything is going up. Maybe cut-throat capitalism has not come to Niggardly Patriarch, Wisconsin, but everywhere else prices are rising. Maybe what you mean is that employers will save money because Rumpcare doesn’t require them to provide health care.  Is that the real reason, bucko? You are SLIME. You want to thrust some hastily created liver sandwich of a health care plan into the mouths of consumers because it fits with  your loony demonstrably untrue economic philosophy. Do you understand that you are creating DEAD PEOPLE? You are MURDERING VETERANS. You are telling the parents of special needs kids to FUCK OFF. Well, you FUCK OFF, you soulless TWIT. I’d like to set fire to a bag of shit right by YOUR FRONT DOOR AND —

Rage is a useless emotion. It may be an appropriate emotion, but it scrambles your brain. It is so intense that it makes you feel like you’re doing something. And you’re not. This whole Trump/Ryan/Bannon thing is a complicated problem with no apparent solution. So get it out of your system and move on. Be calm. Don’t rant. Destroying paradigms is the best revenge.

We have been stupid. Kellyanne Conway kneels on a White House couch, and the leftist Internet goes crazy. Because why? Dunno. Professional women take their shoes off frequently, and hooray. I blame the shoes, and the catastrophic harm done to women’s feet. And, like, does this have anything to do with the new criminalization of Muslims, or the forming of ICE into a paramilitary unit, or the sanctioned pollution of our rivers? 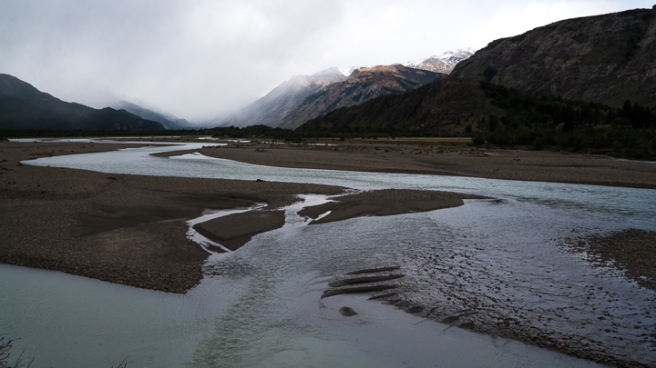 And what about Neil Gorsuch, the presumptive Supreme Court justice? He’s not crazy and probably competent. That’s the best we’re going to get from this administration. “Not crazy and probably competent” is a low bar, but it’s one we’re stuck with. Anyone Donald Trump nominates is going to be toxic; we have to decide between levels of toxicity. This guy is fine. The Trump administration has issued 100 loathsome orders; go attack one of those. Do you know what Ben Carson is doing? (So far, nothing, but he’s entirely disconnected from reality, so pay attention.)

Also, and I say this with sadness: Satire is a trap. I love satire; I’ve even been known to write satire. But it somehow makes you feel like you’ve won. You have said that the emperor has no clothes.  Alas, the emperor stopped claiming he was wearing clothes months ago. Satire feeds on stupidity and hypocrisy, and the Trump administration is a superfund site of stupidity and hypocrisy.

We do irony so well. Alas, the country is not so enamored of irony. What its citizens want are solutions, and they haven’t gotten them for a very long time. They’re poor. Their lives suck. The people making fun of them are, by and large, richer than they are.  Oops, we appear to be on the wrong side of class warfare! It’s hard to get up and say, “but I give money to Doctors Without Borders!” and expect that to make the deplorables perk up.

We can be clever — strike that, we are clever — but it always seems like the job is finished when you tweet (or say, or whatever — media is fungible) something devastating. There, killed that dragon! But sadly, no. Dragon still there. See, here’s something else I’m sure of: Satire is one of the shapes fear takes. It’s a soothing practice, like meditation except angrier.  What we need are non-ironic smarts. What we need is intellectual courage. 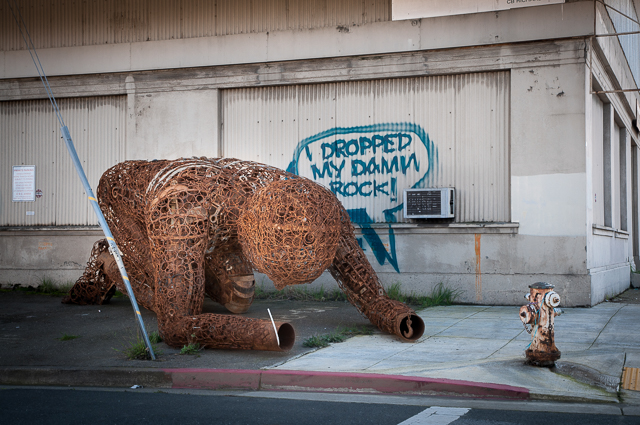 I think there’s a prism that liberals have, a particular way of understanding the world. We tend to look at social issues in a fact-based way. Let’s collect the data; let’s massage the data. We believe in progress, solutions, outreach, partnership. But how about someone who is unlike us?

What if someone looks at social issues in a revenge-based way?

I think that’s what the Democratic Party is facing. It talked about inclusion, but it didn’t include anyone who wasn’t already included. The party (and the candidate) talked in worthy buzz-phrases like “a nation of immigrants” or “a woman’s right to choose” or  “embrace diversity.” I believe in all those things, but I am not the target audience. Presumably, the campaign is designed to sway people who are not voting for you to vote for you. That’s the whole point. If campaign rallies are just going to be self-congratulatory hug-a-thons, there ain’t gonna be a lot of people under that alleged big tent.

Yes, yes, Hillary won the popular vote by 3 million — although she didn’t win the election, which was her job. But that’s not the scandal. The scandal is that over 62 million people voted for Donald Trump. I suspect a lot of people who voted for him knew he’d be a terrible president, but boy would he piss off the people who made fun of them.

This election should have been a slam dunk. Obama in 2008 won Ohio and Pennsylvania and Wisconsin and North Carolina, running against a war hero. Hillary ran against a brainless crazy person, and she failed to win any of those states. She spent a whole lot of time saying bad things about Donald Trump, apparently unaware that stirred up an enormous amount of resentment. Trump was improbably running as the plucky underdog. She made fun of  Trump. A lot. (Don’t think so? Check this out.) Probably not a good idea, however much he deserved it.

So do not tell me the Democratic Party is fine because Hillary won the popular vote. It’s not fine. The people who identify themselves as Democrats are not fine. We’re LOSING. We can applaud ourselves for fighting whatever good fight we fought this week, but we’re still

I would very much like to stop doing that. The Democrats seem to be impotent. There was a big Women’s March; the party should have had a presence. Hell, it should have organized it. Ditto the Day Without Immigrants. But no, the major work of the #Resistance is being done by motivated citizens outside the party framework. And those folks will need  a candidate, because we need humans to stand for office and figure out how to start

The old ideas are good. Justice, compassion, generosity, peace, science — I can get behind those.  Love instead of fear? Rah rah rah. But our messaging sucks. You know that liberal media y’all have been hearing about? They don’t seem to know much about actual communication with actual humans. People who have not bought into this consensus (indeed, people who feel that they have not even been invited to play) need a new vocabulary, a new way of framing these familiar ideals in a way that doesn’t stink of bureaucratic euphemisms. The demagogic blandishments of the other side are so strong that some of Trump’s strongest supporters are the people who will be screwed by Rumpcare.  How can this be? Doesn’t the Constitution assume that self interest will be a reliable motive? But no. Racism is of course part of the problem, but racism is only cured by a change of geography and a few generations of time.

So our job is to get the non-racists to discern where their self interest lies. If Grandma died of liver cancer because of the pathogens in her drinking water — maybe that could be the clinching argument. Worth a shot, anyway.

We need brainpower. We need to get inside of personal Ideatrons and brainstorm our way to a better tomorrow. Should we be all stealthy and work on state legislature races? Should we find a candidate for president who is not tied to the old Democratic Party? How will we talk about our ideas in a way that doesn’t make people feel stupid for even having questions? Showing up and marching is excellent, and I urge you to do it. But thinking new smart things is also good.

You know what the box looks like. Think outside it. 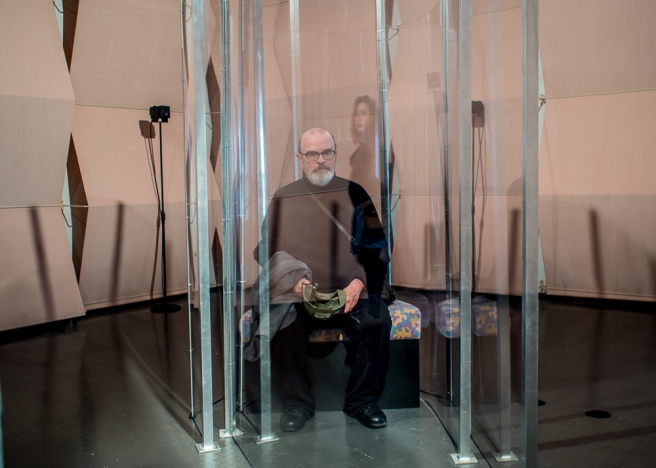 I actually do know that “media” is the plural of “medium,” and that the verbs attached to “media” should treat it as a plural noun. On the other hand, those rules come from Latin, and I am writing in English. My ear thinks that “media” in English is sometimes plural and sometimes singular, an idea that drives copy editors crazy. But English frequently outpaces its rules, and I love to watch it gambol.

41 thoughts on “Rage against Rumpcare”