We have only ourselves to blame. All the signs were out there, but we chose to ignore them. We wanted the cheap laugh and the easy sneer, but we were also darned compassionate. Except not right then. Especially with people who, quite frankly, didn’t deserve it.

Not only were we bigoted dopes, we lost an opportunity to forge an abiding political alliance. 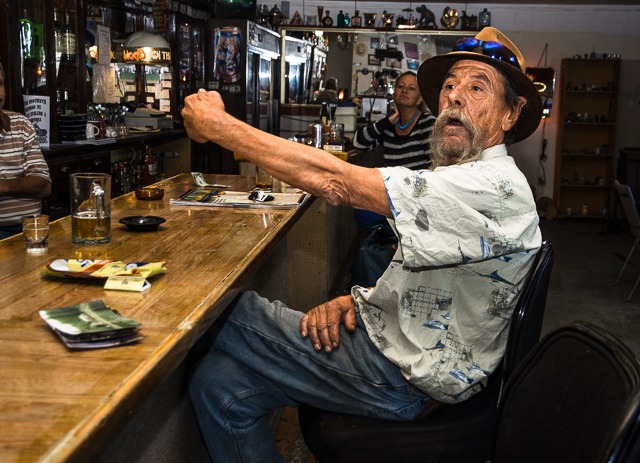 I say “we,” I mean the people who are likely to be reading this blog. I’ve met my readers; I know who you are. Politically liberal, culturally curious, physically attractive. Probably white; probably over 50; most living in or with ties to the San Francisco Bay Area; likes long walks on the beach and trips to Paris. If you’re not like that, please use the comments section and tell me different.

I am talking about the poor white people of this country, primarily in the South but also in many parts of rural America, including small-town California. We know they’re there, but we prefer not to get involved. They’re bigots. They’re racists. Their TV preachers are all con men; their family circumstances are squalid. It’s all country music and Jesus and belligerent cretins. So we stereotype; we move on.

We’re all afraid, but poor whites more than most. Everything has turned to dust for them in the last 50 years; the causes are unclear, but the pain is real. They’re afraid, and they have a right to be — the culture has passed on and left them adrift. Fear makes people stupid. Have someone gin up the Muslim menace, and people will buy it. Illegal immigrants flooding in to take jobs away from Americans; sure, that’ll work. 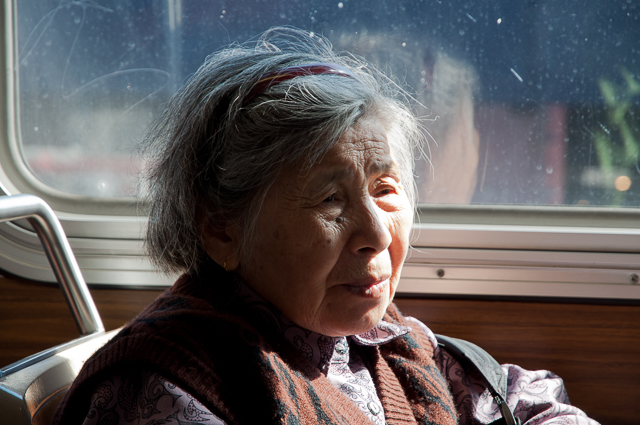 It’s OK to hate the elites; they really don’t care about you. And from the echoing halls of the media and the internet, no word in refutation comes forth. How about a snake-handling joke? How about Mike Huckabee’s Christian crusade on behalf a useless diabetes medicine? And those people believed it! Fools.

No one said, gosh, these poor folks swimming in a pool of misinformation. Maybe we could figure out a way to do something about that. Poor people tend the watch a lot of television, so maybe a big TV push could be made. Not hectoring Ivy League commentators, but people who get it, who understand the fear.

Black people were in an even worse situation, of course. Poor rural blacks had all the popular problems — addiction, random violence, ignorance, poverty — plus the poisonous legacy of racism. But at least we understood that part. Perhaps we donated to the Southern Poverty Law Center  (which is good because the fear-mongering right wing groups hate it) and maybe we volunteered or marched or something in support of poor blacks.

Not that it helped much, but, hey, we’re liberals. We’re used to that.

I think, just now, that it’s black people who should be talking to black people. When they need help, they’ll call. But in the meantime, how about doing something else for oppressed and manipulated minorities? How about if white people talked to other white people? That’s not racist; that’s just sensible problem solving.

The people supporting Donald Trump feel they have no choice. The pieties of Cruz and Bush and Christie made them scoff. Scoffing is a sane reaction. And the GOP establishment has, some way, somehow, convinced them that Democrats don’t share their values. The word “values” has been used as a cudgel against liberals. What are the values? Home, church, family, loyalty, patience. We got it all but church; maybe we can reach an understanding. Although it’ll be tough; the GOP is the party that somehow convinced poor whites to vote for the people who want to empower the very large entities that made their lives so terrible.

Why? Because they are intellectual victims of racism. They have been taught just one thing since childhood, and they have resisted calls to tolerance because the calls have been issued by the media, by the school district, by the politicians — the same people that bitter experience has proven, time and again, to be liars and frauds. So the bad information comes from  reliable sources: the guy who will always pull your car out of a ditch (no charge; God bless) also believes that climate change is a hoax cooked up by the Chinese.

But the obstacle of ignorance, as large and stubborn as it is, is not insurmountable. There are ways to counter the fear of gay marriage, but none of those ways involves the heaping of scorn. A lot of communities, even smaller ones, have out gay and lesbian citizens now. They are already redefining the issue just by being there, selling auto parts or buying them. Other residents know that the gay folks are not the devil; they just distrust government meddling. And they are right to distrust government, because it’s now set up as an elaborate con game.

There are ways to talk about women’s rights, too. There are dreadful patriarchal jerks out there, it’s true, but there are also men who are concerned about the women in their lives. They don’t  want their loved ones to be bullied into accepting inadequate information on STDs, on early cancer detection, on family planning. Start there; start with common ground. There’s fertile soil out there, but no one has thought to plant the seeds.

White rural voters have always been susceptible to populist messages; who’s more populist than Bernie Sanders? He wants to get rid of fat cats too. He wants free health care. What’s wrong with that? Because Obama!  Bernie and Hillary both swear allegiance to the idea of equality, and what’s the matter with that?

Because equality is what got poor whites into this mess in the first place. All those lofty democratic ideals, and nothing in it for them. You can trust the people you know, and that’s pretty much all you can trust. You want people who will tell the truth and get on with it.

Donald Trump doesn’t always tell the truth, but he pisses off the fat cats, and what’s better than that? Sure, it’s all theater, but is it any more theater than Obama in 2008? Yeah, it’s crass and base and ugly, but it does say the things that isolated people have long been thinking. Is it the Muslims? Is it the Mexicans? Is it the Jews? They just don’t recognize America any more, and they want to know who’s to blame.

We have villains a-plenty; let’s give them one or two. Let’s see if, somehow, the natural political alliance between poor blacks and poor whites can be nurtured. And maybe we could all promise just to be a little less snarky. Think of it as spiritual exercise.

And remember to love your neighbor. There’s considerable theological weight behind that injunction. 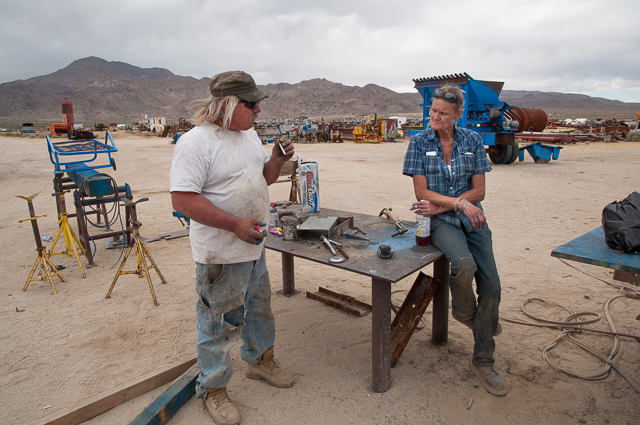 Marketing, advice and general whatever by Michelle Mizera